This morning, as I sat reading the Word and praying, something came to the forefront of my mind. It wasn’t a new revelation. God truly knows that I’ve heard this truth many times before.

We, as believers, can easily get consumed with so many worries. Am I a good enough mother, wife, teacher, photographer, and so on and so on? What do I do when I seem to have done everything, and yet, (fill in the blank) still isn’t fixed, changed, different? Did I use my time and resources wisely? These thoughts, in and of themselves, are good ones to think about. We need to self-reflect, keep ourselves in check, have others help to keep us accountable. However, did you notice something in each of those questions? They are very “I” focused, rather than God focused.

We have a tendency to not just think long enough to self-reflect. Rather, I can easily find myself dwelling way too long on areas to the point that self-reflection can become worries. How? By not allowing God and His truths to be part of the equation. The truth is that burdens are not meant for us to hold.

Psalm 55:22 reminds us, “Give your burdens to the LORD, and he will take care of you. He will not permit the godly to slip and fall.” It can’t get any clearer than that, can it? The Word doesn’t qualify or quantify the essence of our burdens. It simply tells us to give our burdens to our Lord. Which ones? All of them.

The beauty of that is that our burdens aren’t simply gone and forgotten. There’s a promise to walking in this truth. He will take care of us. He won’t let us slip and fall. So then why do we always struggle with burdensome thoughts of slipping and falling?

I clearly remember a reoccurring dream that I used to have on a very consistent basis. I would stand at the top of this long, windy staircase, and knowing how long of a walk it was, I would lean over the top railing to see how far down it was. The problem was that I would always slip and fall, straight down the center, with the fall never ending, until I suddenly awoke in a cold sweat. Kind of like an Alice in Wonderland moment, only there was no bottom leading me to a beautiful land of wonder. It was rather like a choke hold that forced thoughts to race through my head, as the speed of falling increased and I watched each level of the staircase flash before my eyes.

That is so much like what we, or at least I, can too often do. I begin thinking about an area that may or may be one that I should concern myself with, and rather than look up, I look down. Down, into myself, rather than up into the eyes of the One who sees me, who knows me, whose hands are so large that He can scoop me out and draw me close to Him, as He says, “Dear one, let me take care of you. You were never meant to fall. You were meant to stand on solid ground, and I am here. Stand on my truths.”

When I choose to do just that, my heart cries out, “Now I stand on solid ground, and I will publicly praise the Lord” (Psalm 26:12)! That doesn’t meant that the situation suddenly goes away. It doesn’t mean that there isn’t work to be done. But just as time and time again through the Old Testament God fought His children’s battles or allowed them to do so, in His power, might, and instruction, we are called to the same today.

What a magnificent feeling it is when we can stand on His solid ground. To breathe. To be held by Him, and to praise Him publicly for all He’s doing and has done for us!

Casting Crown’s song “Just Be Held” is such a wonderful reminder of what our loving Father tells us time and time again, if we would only listen:

Don’t get consumed by anything that isn’t of God. We are told to not worry. Matthew 6:25-34 tells us that He has us, He has the situation. We are valuable to Him and He won’t drop us. We won’t fall. 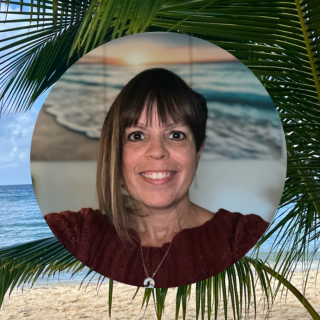 An Independent Non-Discriminatory Platform With No Religious, Political, Financial, or Social Affiliations